As the third output of the STEAMitUP project, the consortium had to implement three workshops prepared by our British partner: LMC. The content of these workshops covered all the results developed by the project during the two years of work. The aim is to evaluate and test the content in order to analyse its impact on the target group, both teachers and learners.

The workshops would be held on three different days, the first and the third one in a synchronous way with a duration of 4 hours, and the second one in an asynchronous way with a duration of 12 hours (organised according to each person's taste) in which they had to test the virtual learning space prepared by the project and which contains all the modules addressed to teachers.

Also, a second part of the workshops would be for two of the teachers collaborating with the project to implement the content of the modules in their teaching practice.

Although the situation in Spain regarding COVID-19 is much better, with most of the population vaccinated and school activity fully recovered, we were forced to conduct the workshops online due to the limited space available. Therefore, we decided to restructure the timetable of the workshops, as many hours online could be hard to do.

We had a participation of 12 teachers between primary and secondary school. The explanation of the project and the results was done in the same first workshop, detailing the Toolkit and showing the virtual learning platform. The rest of the hours were organised asynchronously by the participants, who created accounts on the e-learning platform and tested each of the modules with the content developed in them.

We received very positive feedback. The participants agree that the results of the project are very useful and interesting to incorporate into their teaching practice. They believe that in this way subjects can be taught in a way that motivates students and develops greater autonomy in them.

Above all, they liked the set of good practices and learning lessons that they can carry out in the classroom, as well as the content of the modules hosted on an attractive and user-friendly platform. 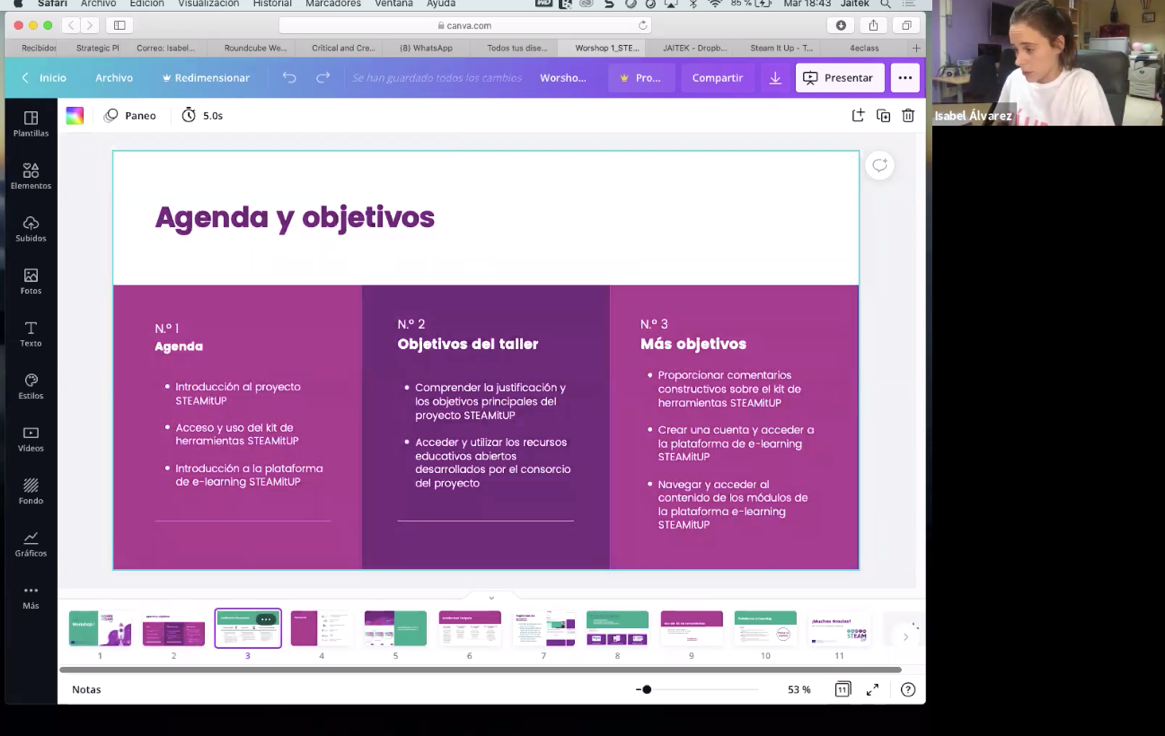